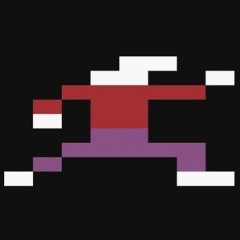 I didn't plan to update this but I've updated for better consistency with the upcoming Sega Genesis/Mega Drive genre fix.

Numerous fixes across the board and better split between Action and Platform genres. This should be final, but if someone wanted to create a wheel for 'run n gun' or wheels to differentiate horizontal and vertical shootemup games I would be happy to further split this down and create backgrounds. Let me know if that interests you.

I've spent quite a few hours fixing the genres for the Super Nintendo Entertainment System. The short story is, if you plan to use the genres function for SNES, download this.

The long story is...

They were about 40 percent inaccurate, and those were blatant errors not just squabbles.

I've built off SupraKarma's official xml, as I understand the genres haven't been touched in a long time, I assume over the years as games have been added to the list they have been filed away willy nilly.

I have only edited Genre info and nothing else.

Now obviously in the case of Genres there is a lot of room for squabbling over where a game might belong, especially given that this era was the starting point for many genres that still weren't established at the time. My viewpoint has been a practical one of 'Where would I go if I wanted to find this specific game' and I've tried to stick to that when making the harder decisions.

An example is the 'Simulation' genre has games such as Mechwarrior and tank simulators. City builder sims etc can be found in 'strategy'. Putting these two different takes on 'Simulation' in the one wheel would not be practical. Also this wheel could arguably include flight sims, but 'Flying' has it's own category. That said I'm happy enough that at this time the idea of the 'city builder' or 'god game' was literally sim city and populous and not much else making it fairly impractical to apply newer genre interpretations on these older libraries.

Many games are considered split genre e.g. 'Action/Adventure', 'Strategy/Simulation', 'Puzzle/Platformer'. In these cases I've done my best to put the game in the most appropriate place, though there is definitely some room for interpretation and argument on some titles. If you would like to make a case over a particular title i'll definitely take a hard look.

Incorporating split genres was considered, but ultimately I feel that more wheels complicates the concept of simplifying browsing through genre. There is little point in having 80 different categories with just a few games in each one. That and it would be a huge undertaking for small returns.

I've also gone through and made custom genre backgrounds for the SNES which i'll include here because it's easy enough but will post separately to the relevant section. I spent longer than it would appear putting them together and they look great imo. The sports backgrounds are unedited from SupraKarmas Ultimate SNES pack but included here for convenience.

The extra non genre xmls included in my download (two player, Multiplayer, Exclusives etc) are from @SupraKarma 's Ultimate SNES pack (linked below) which contains an enormous amount of xmls, wheel and background art to sort everything from rating to year to publisher. On a side note, the genre data in these hand made xmls has not been edited so still has the old genre info - though it makes no practical difference to the output.

If you are chasing a PAL version of the theme in this pack, I've created one to accompany it with renamed PAL carts.

Sega Genesis/Mega Drive will be next for me, it doesn't appear to be as bad, but needs work nonetheless.

I never intended to update further, but while sorting through the genesis genres some titles have been better researched and moved for consistency.

I've also added a 'tabletop' genre and split those titles out of 'board game' as it is done in the genesis xml.

The biggest change though is that I realised I was a little hasty correcting the original xml and pulled too many games out of 'Action' and into 'Platformer'.

The split between 'Action-Platformer' and 'Platformer' can be pretty marginal and there is no consistency on it in the resources available. Basically anything which has as much if not more a focus on fighting, shooting or other unique mechanics than it does platforming has moved.