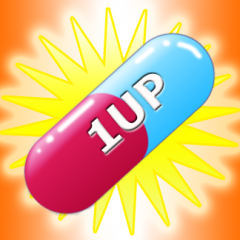 This XML contains ALL of the arcade hits, as well as the most obscure games I could find, that do NOT exist on Hyperspin's official database!  I will be adding more to this list as I add more obscure titles to my own setup.  This XML works best with MAME Plus! version .159

1.5 -Rearranged all titles with the word "the" at the beginning of the title.  Titles are now listed by the next letter in the title.  (Example:  "The Killing Blade" used to be listed under "T" for "The", and now it's listed under "K" for "Killing".)  This makes it MUCH easier to find those games.

Rearranged "New Zero Team" so it's listed under "N"

1.4  Added Zooo, (a .chd game) which was mysteriously missing from the official database!

1.3- Added Puzzli 2 and Puzzli 2: Super which is also missing from the official database!

1.2- Added DoDonPachi Dai-Fukkatsu (Ressurection) to the list.  It is missing from the official database!