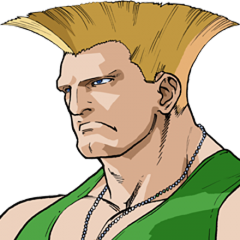 1.4.15
Added can now use default theme for main menu. Whats different about having a default theme as some may now is that they don't get reloaded when going from one item to next that don't have themes. This allows for a cleaner experience vs reloading individual copies of default themes.
Added if a theme doesn't have a background in the zip file then it was only attempting to load a png background, from the backgrounds folder of the item name. Now it can load swf and also default.png and default.swf.
Added Shortcut key F6 to toggle fullscreen and windowed. For windowed to work resolution must be set to resolution lower than fullscreen.
Added Ledblinky 9 for main menu and Ledblinky 8 for switching menus (not sure if this one is even needed)
Fixed - HyperSpin not shutting down sometimes.

1.4.11
Changed made some changes to joystick behavior, POV was interferring with analog and vice versa
Fixed joystick not being able to stop intro video
Fixed returning to HS from certain emulators causes HS to be squished.
Fixed main menu always returning to last_system used when starting even though last_game is off.

1.4.9
Fixed strobe animation not working. I had to slow it down, due to the speed up of the new HS, i had to slow it down by a factor of 4 to get it to even work. So if it doesn't match up with HyperTheme, you know why.
Fixed themes freezing when exiting theme.
Fixed joystick support (i think)

1.4.7
Fixed % in filename issue when playing videos.
Changed the behavior of pin and horizontal wheels due to a lot of complaints. Left and Right move the wheel and Up and Down select the letter wheel. The directions are fixed and should behave as expected now.

1.4.6
Added smoothing to letter images.
Changed path to HScript, delete your old HScript.ahk and autohotkey.dll, Unzip now the script is in \Scripts\HScript\HScript.ahk, this allows the autohotkey.dll not to interfere with the one other programs use in the main root, sorry to those that got their old autohotkey.dll overwritten.

1.4.3
Added - Allow relative path to launcher i.e ( .\Folder\HyperLaunch.exe") where the dot represents the HyperSpin directory. Doesn't do relative double dots though for going up a folder.
Added - Disable item in main menu i.e ( <game name="MAME" enabled = "0"/>, just add enabled ="0" to any system and it will disable it. if there is no enabled attribute or you have it set to 1 then the game will show.
Added - Disable item in sub menu , same as above.

1.4.2
Added - Smoothing to special artwork png's
Added - HyperLaunch not forced as launcher. You can now set the full path to the launcher in the ini. Has to be fullpath\launcher.exe in the ini file. If your hyperlaunch isn't working then you must add hyperlaunch.exe to your hyperlaunch path in the ini.
Added - Can run a script everytime you land on a wheel item to allow scripters to add interactive features to HS. The script is located in a new scripts folder called "Scripts".