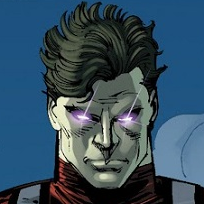 Here's an alternate Main Menu theme for the SNES. This is part of a series of themes around the concept of a lounge room/ bedroom that updates with every new system to reflect the year it was released. The boy or girl's clothes and the room decor trend with the times and movie posters and toys are taken from the era closest to the systems release as well. Expect the TV to grow larger with the times too!

This is the 4:3 version but I've also designed it in an un-cropped, recomposed widescreen version ready for when Hyperspin 2.0 is released.